Get Your Book Right the First Time 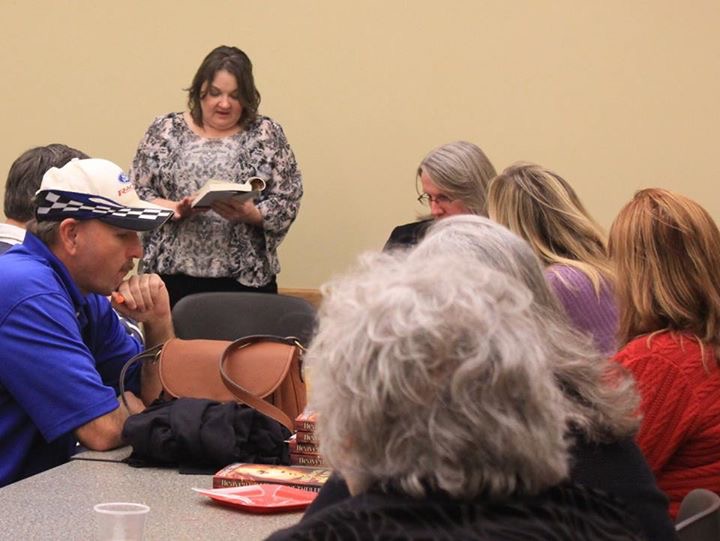 When I first started writing, I used the words beautiful, pretty, strong, and handsome a lot. My first book, Heaven’s Bait boasted a lot of such words before I published it because I didn’t know I should avoid them. You see, those kinds of words, give the reader no actual description of your character or the items you’re talking about. Instead of using general everyday words like these, try to give a true description.

When this was brought to my attention, I changed “strong and handsome” to this –

“His overpowering presence filled the room. Dark hair fell in long strands down past well-built shoulders. Pacific blue eyes locked onto hers…”

This not only lets you see what he looks like, but it describes the energy or tension that is also going on.

Another example is when I described Satan in Heaven’s Bait:

Instead of saying he was scary or ugly, I thought about what I saw in my mind, and this is what I came up with:

“Satan advanced farther into the cave to block her escape. His body, the color of dying embers, stood tall against a backdrop of sunbeams. Huge tattered wings fluttered at his back, the sound like the crackling of fire. At one time he would’ve been a magnificent being, but Annie took in the pitiful sight before her. The fractured light cast eerie shadows across his head, highlighting the face that stared at her…”

See how this description gives you details so you can see him like I see him or like I want you to see him. Use your words to convey what is really going on in the story. Don’t let your reader form his own picture of your character because he or she may be disappointed later in the story when you start building your character and it’s nothing like they thought. Lead your reader in the unveiling of the characters you want them to see and understand. Guide them through your story with great descriptions that will help them to know exactly what’s happening.

Keep track of how many times you start a sentence with the same names or pronouns. While it’s super easy to use names and pronouns to start sentences, you don’t want every sentence to start the same way. Mix up your sentences, pronouns and names.

Instead of saying she went to school, you could say:

The little girl went to school, his little sister went to school, or change it up completely and add it to the next sentence. For example – While at school, she ran into an old friend, or when she entered the school room, she knew something was wrong.

Do you see what I mean? Try not to use the same word to start multiple sentences on the same page.

Another trick is to get rid of insignificant words. Words that have no added value clog up your sentence and keep it from being clear. Taking out unneeded words tightens up your paragraphs and makes your book easier to read. These words include: that, even, really, just, seem, well, very, and like just to name a few.

Even though it was really raining, Annie didn’t take her umbrella. She just got really soaked, could be tightened up like this:

Although it was raining, Annie didn’t take her umbrella, and she got soaked.

See the difference taking out all those no value words can make?

Pacing helps you keep your reader’s interest. It’s important to balance your fast sections with your slow sections. If the story happens too fast, you lose your reader and you get to the end too quickly. If your story goes too slow, you lose your reader because it gets boring. By mixing your sections, you keep the story going and the reader interested. When you want things to go faster use short sentences. However, when you want to slow things down use longer sentences.

Never dump a ton of information at one time. You can sprinkle backstory and hints of things throughout. Bring this information in slowly in the things the character does.

If you want to show the lady is taking classes but also working as a police officer, you might put something like this:

“She pulled the criminal’s file from beneath the college books on the seat beside her. Placing her police baton into her belt she made her way into the station.

In this way, you’ve hinted that she attends college, that she’s a police officer and that she might do criminal investigations. Later when she grabs her books and runs to class, the reader will more fully understand and not get lost. He or she will feel like they are right there beside you.

Dialog is a very useful tool. It too can speed up a story when you need it too. Narrative , on the other hand, slows the story down. This tip can save you if your story is dying or needing something. Active dialog is great. With dialog you can show instead of just telling. It can add so much to your story and during dialog, you can give hints to keep the story going.

“I don’t know what you’re talking about,” Rob said moving closer to the doorway.

This passage hints that Rob might be guilty and is getting ready to run. There is so much you can convey even in a simple conversation with very simple descriptions. Picture in your mind what you want to convey and describe it or make it come alive.

Dialog keeps the reader interested. It makes them feel as if they are right there with the characters. I find it’s best not to use a lot of tag words besides “said” or “asked”. It keeps the writing clear. It’s also important that you watch the words you use. Adverbs take away from your writing. They tell instead of show. It is best to avoid ly words and words ending in ing as much as you can.

Instead of using the word grudgingly which only tells what the act was, show them how she did it.

Instead of using angrily you could say something like this:

Matt gritted his teeth, as his hands closed into fists. “I won’t do it,” he said. You can’t make me.

Of course, there are exceptions to every rule and you might find you need to break these rules occassionly. That’s fine, but keep it simple.

What is Backstory and how do you make it work?

The main thing to take into consideration is how to add backstory without interrupting your reader.

So, first, figure out what your backstory is going to be. Is the woman going to be untrusting because a former boyfriend betrayed her? Will the man have a past he’s trying to overcome? Whatever it is decide early and weave that through your story. Build your character’s personalities, and mannerisms with bits of backstory. Make it engaging so it pulls your reader in, instead of bogging them down with a lot of information that has nothing to do with the story.

Make backstory feel like a part of the main story.

Motive, personality, and other little details can get your reader where you need them to be. The information you leak through the pages of your book should build on and help the reader understand why your character acts the way they do.

Make sure your backstory matches the tone of the rest of your story. This will prevent you from pulling the reader away. It’s important when you use backstory that you connect it to the present. It should complement the character’s personality in the main story.

Backstory helps the reader to understand and care about the characters especially if they can relate to the problem. You should weave and overlap other details so the character’s takes on more depth.

Character development makes a story more believable. A three dimensional character is more believable than a one dimensional one. Everyone has things in their past that shaped them into the person they are today. We all have defeats and triumphs, things we like about ourselves and things we don’t. Give your character the same. These things trigger things in us like fear, empathy, anger, or resentment..

Putting your characters in situations that trigger their past struggles or hopes can be effective. Just make sure it matches the choices and actions of the characters.

Ways to use backstory: 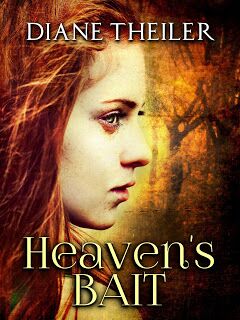 Review:
Annie wakes up in a beautiful, but mysterious place with no recollection of how she got there, or why. She soon learns that her captor, Rigas, as she is told to call him, is really her appointed protector, but protected from who, Annie does not remember. How can she have no memory of what has happened? After seeing a cryptic and binding agreement contract with her own signature at the bottom, Annie realizes she must find out how to get back home to her husband and family, who she dearly misses, and why she is in this puzzling and fearful situation she has found herself in.
Every time Annie tries to escape, she finds herself back in her little room that she’s being held captive in. Finally, Annie realizes there is no escaping, her surroundings are a loop that never ends and the town she sees from the window is nonexistent. Heaven’s Bait by Diane Theiler is a perplexing and captivating story of a challenge of the soul. Annie must fight her dragons and decide her fate by her own freewill to make it through. The book has a wonderful, curious and mystic vibe that pulls you in, wanting to know more at every turn of the page. Theiler’s complicated characters are interesting to learn about, as the story moves along, and really gives the reader a sense of empathy and compassion for each one.
Heaven’s Bait held my attention to the very end. I enjoyed the descriptive and detailed writing style of every scene. Author Diane Theiler paints a vivid picture of every setting she places her characters in and has a perceptive way of making her audience feel like they are experiencing the journey right along with her protagonist, Annie. I felt just as bewildered and shaken as she did during the entire book. I couldn’t put this book down and was fully engaged from the very first chapter all the way to the satisfying conclusion. I would highly recommend Heaven’s Bait to anyone looking for a tale of the spirit and soul. Great read.